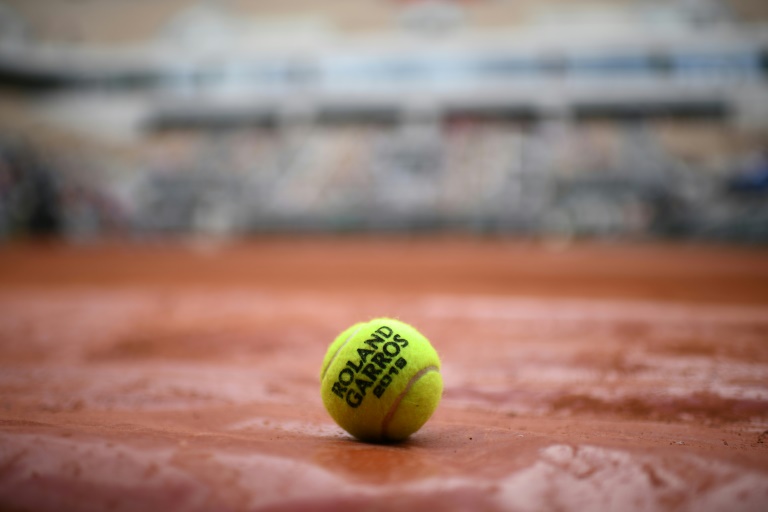 ATP chairman Andrea Gaudenzi said Thursday that he remained optimistic the tennis season could resume in August but warned that not being able to play again this year was a possibility due to the coronavirus.

"Nobody knows when we can go back to playing in total safety: talking about August, September, November is all hypothetical, we can't bang our heads against the wall for something that maybe won't even happen because we could even start next year," said Gaudenzi.

Speaking during a telephone interview with the Italian media from his home in London, Gaudenzi said he hoped that the season could return in August.

"We have made 50 versions of the calendar that we change day by day," said the 43-year-old Italian who took over as ATP boss in January.

"I am quite optimistic about autumn and even partially about summer," he told the Ubitennis blog.

"If we manage to start again in August, we'll save three Slams and six Masters 1000, otherwise the problems will increase tenfold."

Tennis has been in lockdown since early last month and is not scheduled to return until July 13 at the earliest following the cancellation of Wimbledon for the first time since World War II.

The decision to axe the sport's oldest and most prestigious Grand Slam event followed the French Open's unilateral switch from its traditional May-June slot to September-October.

"There is a great concern, many questions - when will we play again? - and few answers, nobody knows when we will be able to resume," the Italian said.

"One thing is certain, we immediately chose health and safety as our primary strategy.

"We cancelled Indian Wells when the NBA was still playing, a risky strategy because in Indian Wells all the players were already there, eager to play.

"We contemplated the option of playing behind closed doors, but then we immediately decided not."

Gaudenzi said ideally the ATP would like to play four weeks on clay in the autumn after the US Open with tournaments in Madrid, Rome and the French Open.

There will be no sanctions against Roland Garros organisers for their decision to postpone the tournament without consultation, he stressed.

"Now we are working together," Gaudenzi told Gazzetta Dello Sport.

"Tennis needs unity, Paris acted out of fear, making a mistake. But they have recognised this."

All this will depend on the virus which has killed more than 87,000 people and infected over 1.5 million with the United States and Europe hit hard.

"I am confident that the season in America can begin with the August Masters 1000 in Toronto and Cincinnati and then the US Open.

"In this way three Slams and six Masters 1000 would be played (there is also Shanghai and Bercy) and the season would be 70 percent safe.

"Of course, if the whole American slot were to skip, the difficulties would increase tenfold.

"We need to have at least six to eight weeks in advance of the decisions, because it takes time on an operational level."

Gaudenzi said the options were being examined in conjunction with the ATP Player Council including Roger Federer, Rafael Nadal and Novak Djokovic, and it was hoped the ATP Finals, scheduled for London in November 15-22 will go ahead.

To offset the blow to lower-ranked players and tournaments the ATP are also studying financial measures to help.

"Our system is solid, it can last a year without tennis, but not more than," the ATP chief warned.
Source: AFP