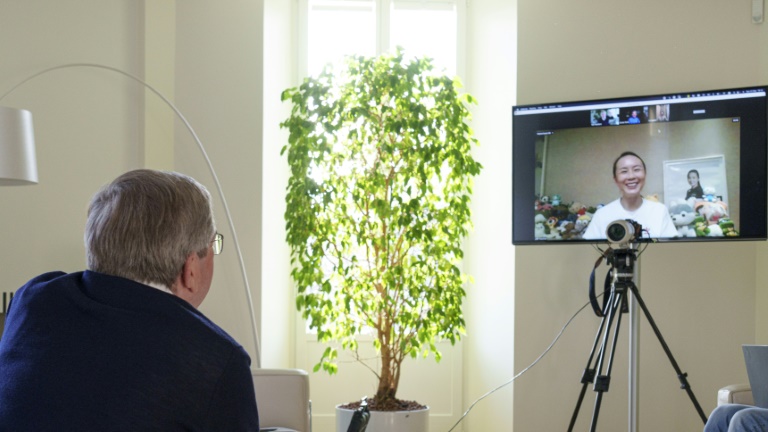 The head of the International Olympic Committee Thomas Bach has faced criticism for speaking to Chinese tennis star Peng Shuai without calling for guarantees over her freedom, leading to accusations he was acting to protect the next Olympic hosts.

Peng, a Wimbledon and French Open doubles champion, disappeared from public view for more than two weeks after she made sexual assault claims against former vice-premier Zhang Gaoli.

Her disappearance sparked widespread international concern with the United Nations and the White House both making statements.

On Sunday, less than three months before Beijing hosts the Winter Olympics, the IOC said Bach had held a video call with Peng.

The IOC said in a statement Peng, 35, had "thanked the IOC for its concern about her wellbeing" and that she had assured Bach she was "safe and well".

The IOC released an image of the call taking place, showing a smiling Peng but its statement contained no appeal to the Chinese authorities.

"The emptiness of the statement poses a problem. By not giving any details about the basis of this affair, the IOC is playing Beijing's game and putting itself in an explosive situation," said Carole Gomez of the French-based Institute of International and Strategic Relations (IRIS).

Peng's call with Bach did not allay the concerns of the WTA tennis federation and human rights groups accused him of "complicity" with the Chinese authorities.

"This is just disturbing on another level. The IOC is now actively playing a role in the Chinese government's enforced disappearance, coercion and propaganda machinery," Yaqiu Wang, a China specialist at Human Rights Watch, tweeted.

"They should be extremely careful not to participate in any whitewash of a possible violation of human rights.

"The call between the IOC and Peng Shuai is hardly convincing that Peng has full and genuine freedom of expression, liberty, security and movement," he said.

- Diplomatic moves in Afghanistan too -

It is not the first time that the IOC has attempted a delicate balancing act.

Its non-confrontational diplomacy over Peng's case is in line with the way it has acted recently when sportsmen and sportswomen have been placed in danger.

Last year it reached out a number of times to the Belarus Olympic Committee following the disputed re-election of President Alexander Lukashenko.

The IOC also got involved in Afghanistan following the return to power of the Taliban, evacuating 300 members of the "Olympic community". Last week it began talks in Doha about a further 700 people in Afghanistan, mainly women and children, who it said were "in danger".

But the Peng case is different. "The IOC has no control over what happens in terms of the police and has no way to get her out of China," said Jean-Loup Chappelet, a specialist in the Olympic movement at the University of Lausanne.

So the criticism of Bach's intervention owes less to the result it obtained -- no other international body has been able to make contact with her -- than to the absence of a clear position towards the accusations Peng made against one of China's most powerful politicians.

Marta Hurtado, spokeswoman for the UN Human Rights Office, said she was not "in a position" to comment on Bach's call with Peng.

"What we reiterate is that it is incumbent on the Chinese authorities to ensure a transparent investigation into the serious allegations of sexual assault made by Peng Shuai," she said.

Simon Chadwick, Global Professor of Sport at the EM Lyon business school, said the IOC "can't be seen to be antagonising the Chinese" when it has to "successfully deliver an event in February 2022" that will necessitate the influx of thousands of foreign visitors, including members of the media, to China.

"The IOC is potentially caught between two ideologies," said Chadwick.

At a time when Western criticism of its human rights approach exasperates China and its allies, the neutrality that the IOC claims to have is untenable, he argued.

"I'm not sure that any single organisation would be robust enough, diplomatic enough to navigate" in such a situation, Chadwick said.
Source: AFP 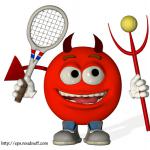