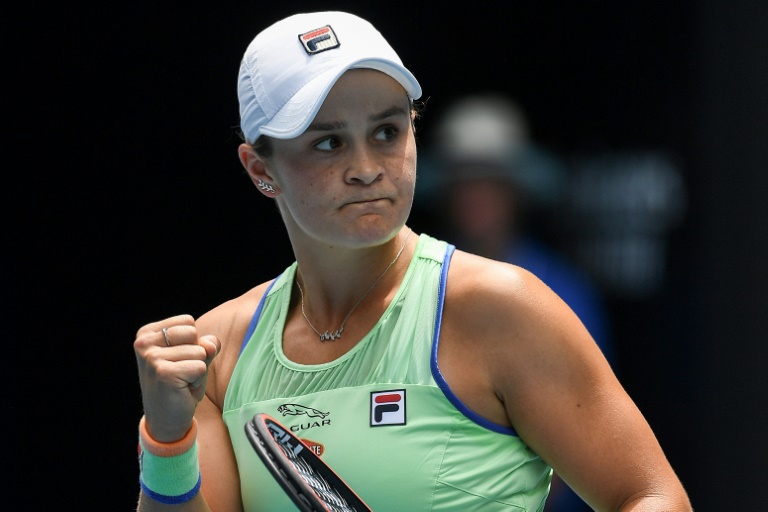 Barty breezes into next round at windswept Aussie Open

World number one Ashleigh Barty made light of windy conditions to reach the Australian Open third round in front of an adoring home crowd on Wednesday.

"A clean match today -- I'm really happy to get out of that one," said Barty, who needed three sets to see off Lesia Tsurenko in the first round.

"It was very different end to end, I think the wind was a massive factor particularly with the new ball," she added.

"Polona's got the ability to blow you off the court but once I got my opportunities I was able to take them."

Barty, 23, reached the quarter-finals last year -- her best result at the Australian Open, which hasn't seen a home women's winner since Chris O'Neil in 1978.

It came at the start of a breakthrough season when she won Roland Garros and reached the fourth round at Wimbledon and the US Open, equalling or bettering her best performance at each tournament.
Source: AFP