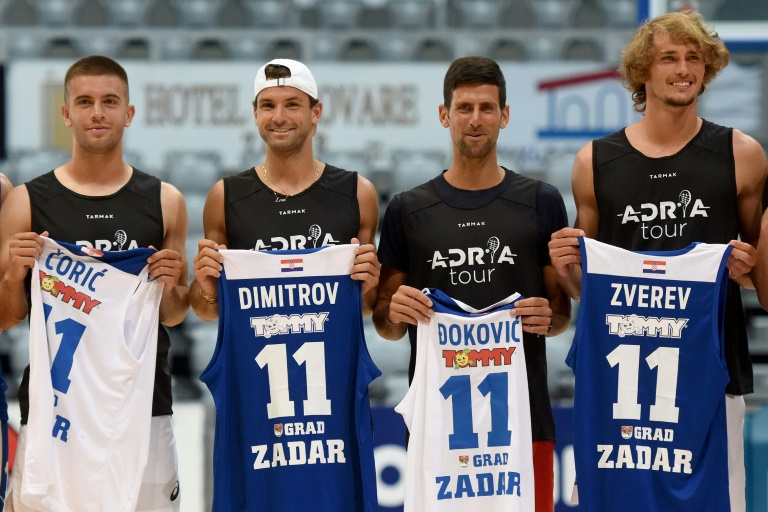 Coric hits out at Kyrgios for Adria Tour virus criticism

Borna Coric has fired back at Nick Kyrgios for slamming those who took part in Novak Djokovic's ill-fated Adria Tour tennis exhibition, calling the opinionated Australian "a general after the battle".

Croat Coric, 23, was one of four players to test positive for coronavirus at the Balkans tournament last month, alongside Djokovic, the world number one's fellow Serbian Viktor Troicki and 19th-ranked Grigor Dimitrov.

Kyrgios has been highly critical of anyone who played in the tournament and branded the decision to hold it at all "boneheaded". The 25-year-old also took Djokovic and other top players to task for their "stupidity" and risky behaviour.

"I read what he wrote, but I simply don't care since he likes to be a 'general after a battle'," Coric told the Jutarnji List newspaper Monday when asked to comment Kyrgios' criticism.

"If someone else was teaching lessons I would have maybe understood, but Kyrgios ... It's somehow not realistic.

"But ok, it's his style, that's how he functions, I have no problem with that neither does it bother me on personal level."

"I agree it is not good, Zverev did a bad thing, but I don't see a need to criticise fellow players in such a way.

Coric, world number 33, said he was "pretty shocked" by his positive test and added that in the following two weeks he had no symptoms at all.

He said he exchanged text messages with Djokovic after the Adria Tour.

"As far as I know he also didn't have them (symptoms)."

The Serbian apologised for the event where players embraced across the net and later partie together at a nightclub.

Kyrgios and Zverev's spat led to the pair both dropping out of an exhibition event in Berlin earlier this month, in which they were due to play alongside world number three Dominic Thiem.
Source: AFP