Top seeded Pliskova ousted in third round at Indian Wells 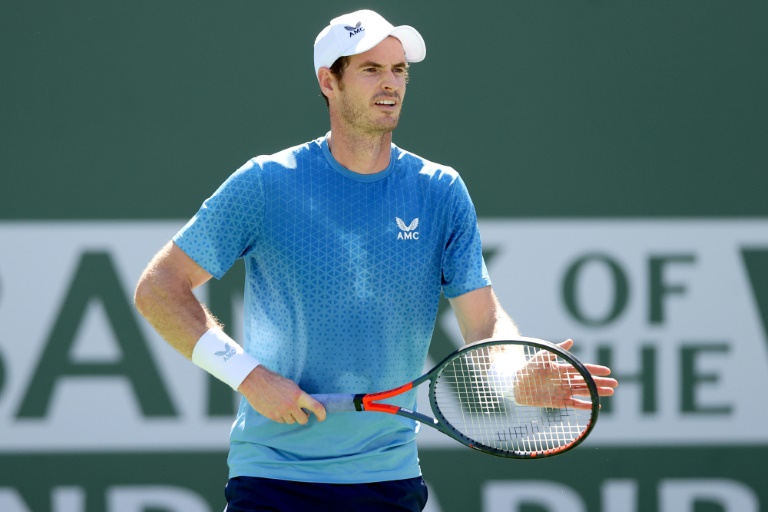 Crafty Murray underscores value of experience in win over Alcaraz

Andy Murray rallied to win an inter-generational battle against teenager Carlos Alcaraz on Sunday, reaching the third round at the Indian Wells Masters along with Stefanos Tsitsipas and Alexander Zverev.

Greece's Tsitsipas, the second seed, advanced in the combined WTA and ATP hard court event with a 6-2, 6-4 victory over Spain's Pedro Martinez.

Murray, still battling to return from injuries that have seen his ranking fall to 121 in the world, raced to an early 3-0 lead before Alcaraz -- who reached the quarter-finals of the US Open last month -- found his range and regained a break.

After saving a set point, the Spaniard broke Murray for a second time to take the opening set.

In the second set, the former world number one deployed a rare underarm serve on game point for a 2-1 lead, and this time held on.

"I thought if he's going to stand that far back and I'm getting no love from the court and the conditions, why not try it and see if I can bring him forward a little bit again?" Murray said of the underarm serve -- his first in an ATP match.

"Wasn't expecting, obviously, to get an ace out of it," he added.

The 34-year-old Briton, who accepted a wild card into the draw, had just eight unforced errors in the second set to Alcaraz's 14.

He broke 30th-seeded Alcaraz to open the third set then saved four break points in the next game to maintain the advantage.

A second service break gave Murray a comfortable cushion, and it was the teen requiring late treatment on an injured foot before the oft-injured Murray sealed the victory after three hours and four minutes.

"I felt like in the second set he played maybe better," Murray said. "First set I felt like I had more of the opportunities but didn't get it so, yeah, happy with the way I fought."

Murray can expect a stern test in the third round from Zverev, winner of titles in Madrid and Cincinnati this season.

Zverev fired 28 winners against Brooksby but his 35 unforced errors were 14 more than his energetic opponent delivered.

"Especially in the second set I didn't see the ball well on (one) side of the court because of the sun," Zverev said. "It wasn't an easy match, but I'm happy to be through, I'm happy to be in the third round and playing Andy now."

Zverev noted that Murray was the only one of the "big four" of men's tennis -- Roger Federer, Rafael Nadal, Novak Djokovic and Murray -- that he was yet to beat.

"I hope I can change that," Zverev said.

The win came on the anniversary of Swiatek's victory in the pandemic-delayed 2020 French Open and put her into the round of 16 in her Indian Wells debut.

Aliaksandra Sasnovich of Belarus continued her upset run with a 7-5, 6-4 victory over 2015 Indian Wells champion Simona Halep of Romania.

Sasnovich, ranked 100th in the world, posted her second straight win over a Grand Slam champion, having stunned recently crowned US Open champion Emma Raducanu in the second round.