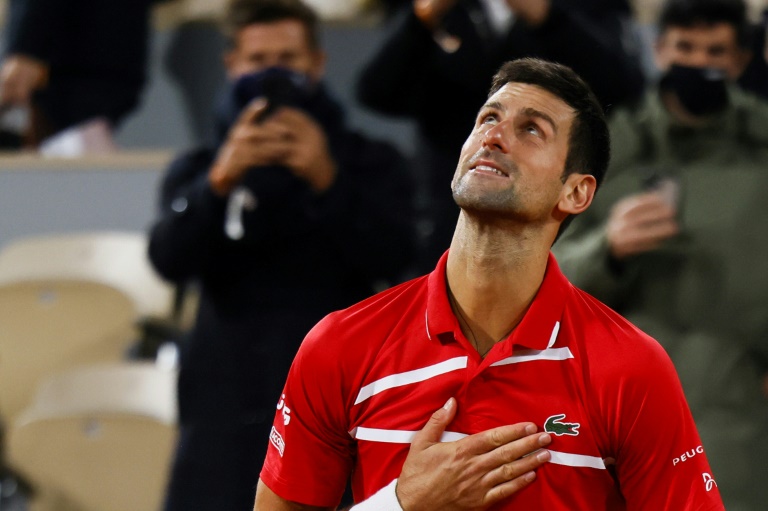 Djokovic pulls out of Paris Masters, eyes Vienna and London

Novak Djokovic said on Wednesday that he will not defend his Paris Masters title because he cannot gain any ranking points if he plays.

The world number one told Serbian daily Sportski Zurnal that due to the revised ranking system created amid the coronavirus pandemic he could not win any additional ranking points at next month's ATP event in the French capital.

Djokovic said his main priority is to remain first in the rankings until at least March 8 next year to break Roger Federer's record for most weeks in the ATP's top spot.

Rankings are calculated by the players' best results between March 2019 and December this year.

Djokovic, collected 1,000 points by wining in Paris last year and so cannot add to his total by playing there.

"I won't play the Masters in Paris as I can't win new points there. But I will go to Vienna and London", Djokovic said.

"I didn't play in Vienna last year and I can win up to 500 points there. There are lot of points to be won in London as well."

Djokovic, 33, who lost the French Open final to Rafael Nadal earlier this month is training in Belgrade.

He said he has to keep an eye on Nadal and Dominic Thiem, the two men closest to him in the rankings.

"It depends also on Nadal and Thiem's score until the end of this year, and also on following Australian Open, but I am in a good position," Djokovic said.

Djokovic is almost 2,000 points ahead of second best Nadal, but the Spaniard demolished the 17-time Grand Slam winner aside 6-0, 6-2, 7-5 in the Roland Garros final.
Source: AFP