'Pressure is a privilege', says Djokovic of life at the top 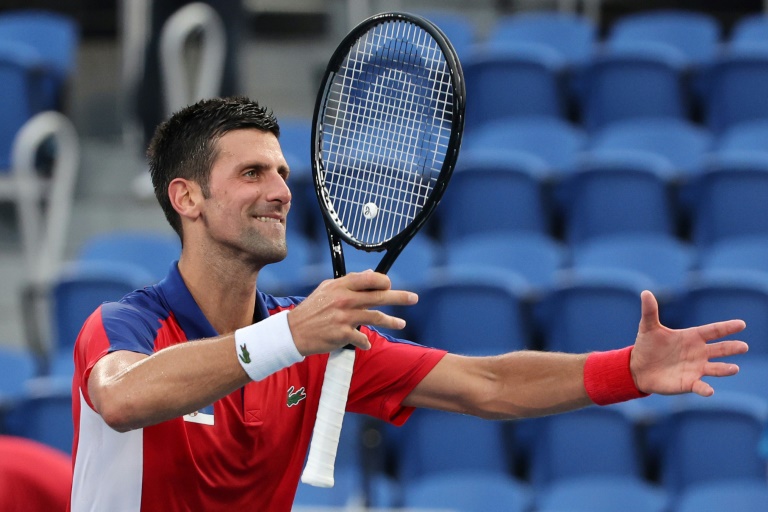 Novak Djokovic set up a quarter-final with Japan's Kei Nishikori at the Tokyo Olympics on Wednesday as gold medal rival Daniil Medvedev struggled with the heat, even asking the chair umpire who would be responsible if he died.

World number one Djokovic continued his bid for a calendar Golden Slam by defeating 34th-ranked Alejandro Davidovich Fokina of Spain 6-3, 6-1 to extend his winning run to 21 matches.

Djokovic then returned to court a couple hours later to partner Nina Stojanovic in the mixed doubles. The Serbian duo won their opening match 6-3, 6-4 against Brazil's Marcelo Melo and Luisa Stefani.

After lobbying organisers to push back the 11am start time to avoid the worst of the punishing heat and humidity, Djokovic said he was pleased Thursday's matches would begin at 3pm.

"I think it's great. In my opinion it should have been done a few days earlier, but it is what is and I think it's better than starting at 11," said Djokovic.

"The combination between the high humidity and high heat... I've played tennis now professionally for 20 years and Ive never faced these kind of conditions in my entire life on a consecutive, daily basis."

Medvedev stayed on course to meet Djokovic in the men's final as the Russian second seed overcame Italy's Fabio Fognini 6-2, 3-6, 6-2.

But the two-time Grand Slam runner-up again found the temperatures testing as the extreme weather policy was implemented, with the heat index topping out at 37 degrees Celsius (99 degrees Fahrenheit).

"Even from the first set I didn't feel good enough with my breathing. I felt like my diaphragm was blocked, I couldn't breathe properly," said Medvedev, who took a medical timeout and received two visits from the trainer.

Asked by the umpire if he was OK during the second set, the Russian replied: "I can finish the match, but I can die. If I die, are you going to be responsible?"

"I think it was the most humid day we had so far, maybe the hottest," added Medvedev.

"The sun was pretty hot. At the end of the second set I just had darkness in my eyes. I was bending over, and I couldn't get my breathing together. I was ready to just fall down on the court."

Following a 10-minute interval between the second and third sets, Medvedev broke Fognini and won the first three games of the decider.

He saved three break points at 4-2 before clinching victory, going through to a last-eight clash with Spain's Pablo Carreno Busta.

Tsitsipas required a medical timeout for an injury to his right leg at the end of the second set as Humbert advanced to face Russia's Karen Khachanov.

"It's fine, it was nothing. It was pretty painful at the instant, but nothing serious, major," said Tsitsipas.

Ukraine's Elina Svitolina, the highest-ranked player left in the women's draw, reached the semi-finals with a 6-4, 6-4 win over Camila Giorgi of Italy.

"You know when you are higher ranked everyone wants to beat you and everyone is extremely motivated to beat you," said Svitolina.

"The Olympics is a very special event. In Ukraine, it's very big, even bigger than a Grand Slam."

The fourth seed will play Marketa Vondrousova, the conqueror of home favourite Naomi Osaka, for a place in the final in Tokyo.

Spain's Paula Badosa retired due to heatstroke after losing the first set 6-3 to Vondrousova, leaving the court in a wheelchair. 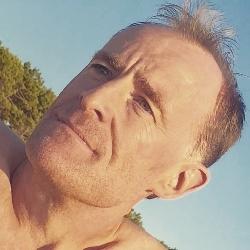 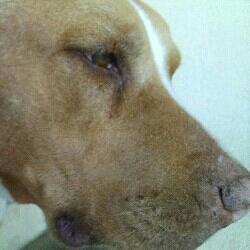 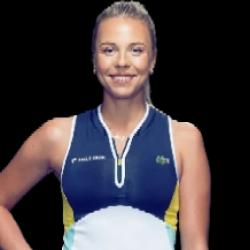