Social distancing has Serena 'on edge' amid coronavirus pandemic 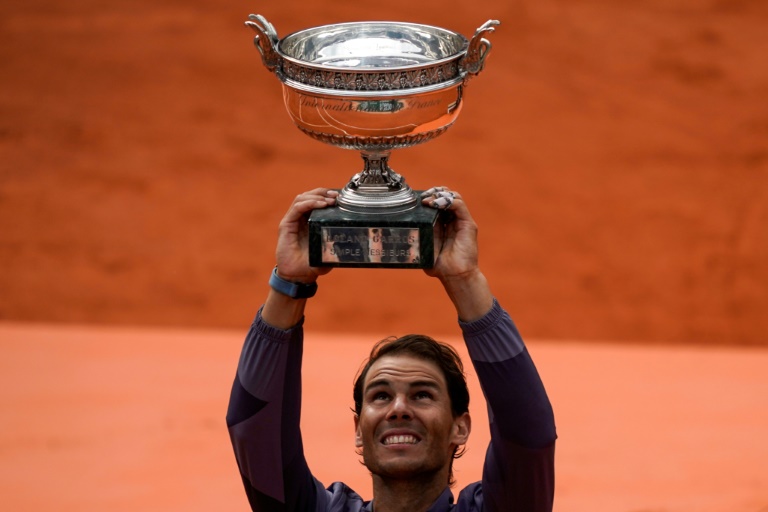 The global tennis calendar has been thrown into further chaos after the decision by French Open organisers to postpone the Grand Slam, with players and rival tournaments critical of the apparently unilateral move.

The event at Roland Garros, traditionally the second major of the season, was on Tuesday moved from a May 24 start date to September 20, meaning it would start just one week after the US Open, if that event remains in its original slot.

Organisers said strict confinement measures imposed by the French government to tackle COVID-19 had made it impossible to continue with preparations.

French Tennis Federation president Bernard Giudicelli said: "We have made a difficult yet brave decision in this unprecedented situation, which has evolved greatly since last weekend."

Organisers of the Grand Slam in New York acknowledged it might need to be moved but, in a scarcely veiled dig at the French Open organisers, said they would not go it alone.

The rescheduled French Open would also clash with the start of a series of Asian tournaments and the Laver Cup team competition, due to take place in Boston from September 25 to 27.

On Wednesday the suspension to the men's ATP tour and the women's WTA tour were both extended to June 7, wiping out the European clay court season. The grass court season is still in place.

Events affected by the shut down include the combined ATP/WTA tournaments in Madrid and Rome, the WTA events in Strasbourg and Rabat and ATP events in Munich, Estoril, Geneva and Lyon.

In another barb fired at Roland-Garros organisers, both tours and the International Tennis Federation said the pandemic demands "greater collaboration than ever from everyone in the tennis community in order for the sport to move forward collectively in the best interest of players, tournaments and fans".

British doubles player Jamie Murray queried the apparent lack of coordination at the top of the game.

"Strong Move by French Open/FFT to move to end of Sept," he tweeted. "I thought the powers that be in tennis were supposed to be all about working together these days?"

Canada's Vasek Pospisil, a member of the ATP player council, was strongly critical of the unilateral way the French Open was postponed.

"This is such a difficult time," he tweeted. "Everyone is being impacted by this catastrophe.

"Enhancing communication & working together to find solutions should be the priority. Not going Rogue & making selfish/arrogant decisions to further impact the tour in a negative way. #RolandGarros."

It also caught WTA chief Steve Simon by surprise, as well as former US and Australian Open champion Naomi Osaka.

"Excusez moi???" tweeted Osaka, while Romania's Sorana Cirstea took issue with the method of communication. "What??? Again finding out through twitter..." she wrote.

The revised dates will leave players contesting a clay-court Grand Slam in the middle of the traditional hard-court season, with limited opportunities to adjust to the slower surface.

Roland Garros will also now clash with a number of tournaments, including the Laver Cup, the competition promoted by Roger Federer's management company Team8, contested between Europe and a Rest of the World team.

Federer has already committed to the event and Rafael Nadal -- the 12-time French Open champion -- is another key figure due to be at the tournament.

"This announcement came as a surprise to us and our partners -- Tennis Australia, the USTA (US Tennis Association) and the ATP," said Laver Cup organisers.

"It raises many questions and we are assessing the situation. At this time, we want our fans, sponsors, broadcasters, staff, volunteers, players and the great city of Boston to know that we intend to hold Laver Cup 2020 as currently scheduled."

The decision and its impact on a congested schedule also pose the risk of a potential Roland Garros boycott by players. Federer has missed the event three of the past four years due to injury concerns.

The USTA said it would not determine any new date for the US Open without consulting the other major championship organisers, the ITF and the ATP and WTA tours.

"We recognise that such a decision should not be made unilaterally," it said in a statement.

The US Open, usually the final Grand Slam on the calendar, is scheduled to run from August 31 to September 13 in Flushing Meadows, New York.
Source: AFP