'Be nice to each other,' retiring Wozniacki tells young players 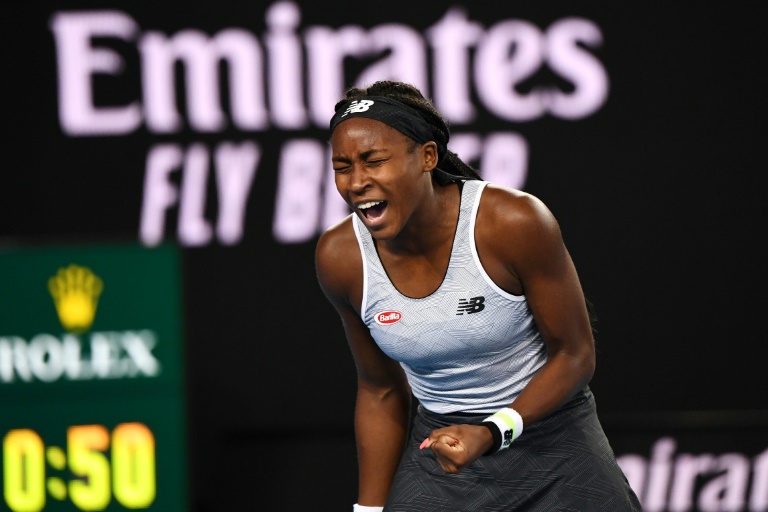 Fifteen-year-old American Coco Gauff said she's on "a mission to be the greatest" on Monday after stunning veteran Venus Williams once again in the first round of a Grand Slam.

The teenager, who will play unseeded Romanian Sorana Cirstea in round two in Melbourne, similarly beat the 39-year-old Venus in the Wimbledon first round last year.

Gauff, touted as a long-term successor to Venus's sister Serena, said the Williams siblings were her idols and she wants to emulate their trailblazing success.

Warning that she can still improve "a lot", Gauff said: "My mission is to be the greatest. That's my goal, to win as many Grand Slams as possible."

Asked if she believes she can win her first Major over the next fortnight in Melbourne, Gauff replied: "If I go into a tournament thinking I'll lose, then I'm going to lose...

"I believe I can beat anyone, but I think that's almost every player's mentality.

"The ones who are the great ones, they don't really fear anyone.

"You respect your opponent, but you can't go into the match fearing someone because then you're going to lose, and I don't want to lose."

Playing under a roof as rain lashed the first Grand Slam of the year, Venus conceded the first-set tie break when she hit a routine backhand overhead into the net.

Gauff, remarkably unfazed by playing someone more than twice her age, held her nerve in the second set to claim Venus's scalp once more.

Victory over Venus at Wimbledon and her run to the fourth round there -- where she lost to eventual champion Simona Halep -- propelled Gauff into the sporting limelight.

She went on to win her first WTA title in October in Linz, Austria.

Venus, a former number one but now 55 in the world, is tipping Gauff for the top.

Gauff spent some of the off-season with Serena, who sailed through her Melbourne opener.

"She clearly wants it, works very hard, is extremely mature for her age," said Venus.

"I think the sky's the limit for her."

Gauff belied her tender years with her power, precision and composure, but said that she is a typical teenager in many respects.

By her own admission she is "very active" on TikTok, the video sharing social media network.

"I procrastinate a lot on that app. I have to do homework," she said, a reminder that she is still school age.

"Everyone thinks I'm so serious because of my on-court (demeanour).

"Really I'm not. I don't really take life too seriously, I just like to have fun."
Source: AFP