World No.1 Barty pulls out of US Open over coronavirus fears 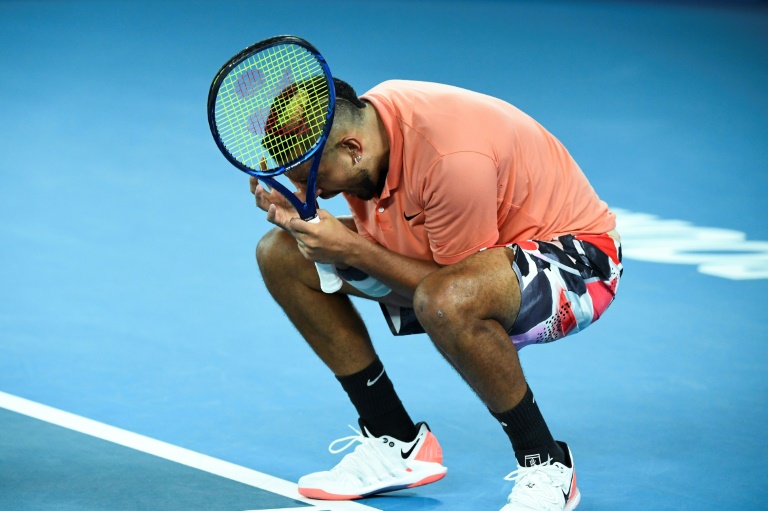 'Intellectual level of zero': Kyrgios fires back at Coric

Nick Kyrgios has slammed Borna Coric for having an "intellectual level of zero" after the Croat said he doesn't care about criticism from the Australian over Novak Djokovic's ill-fated Adria Tour tennis exhibition.

The combustible Kyrgios has been waging a social media battle with anyone who played in the tournament, branding the decision to hold it "boneheaded" while blasting those who took part for their "stupidity".

Coric, one of four players to test positive for coronavirus at the Balkans event last month, fired back this week, suggesting criticism from Kyrgios, who has a hot-headed reputation on court, was not credible.

"I read what he wrote, but I simply don't care since he likes to be a 'general after a battle'," Coric told the Jutarnji List newspaper.

"If someone else was teaching lessons I would have maybe understood, but Kyrgios ... It's somehow not realistic."

Kyrgios responded on Twitter late Wednesday by saying: "You should care. Do you have rocks in your head?

"Again, you can stand up for your mates, I'm just trying to hold them accountable. When I said what I said, I didn't intend to bother. They are tennis players, they aren't special.

"Just as I thought, Coric intellectual level = 0," he added, ending his tweet with an emoji of a doughnut.

Kyrgios has previously lashed German Alexander Zverev as "selfish" after he was spotted partying despite vowing to self-isolate following the Adria Tour.

He has also traded barbs with Austrian world number three Dominic Thiem, who also played in the exhibition.

Serbian world number one Djokovic subsequently apologised for the event, where players embraced across the net and later went to a nightclub.

Djokovic, Thiem, Zverev, Coric and Kyrgios were on the entry list released Wednesday for the ATP and WTA Western and Southern Open, a tune-up for the US Open from August 20-28 in a quarantine environment without spectators at Flushing Meadows.

If they all turn up, it will be the first tournament they have played together since the war of words erupted.
Source: AFP