Kyrgios offers to drop off food to hungry people during lockdown 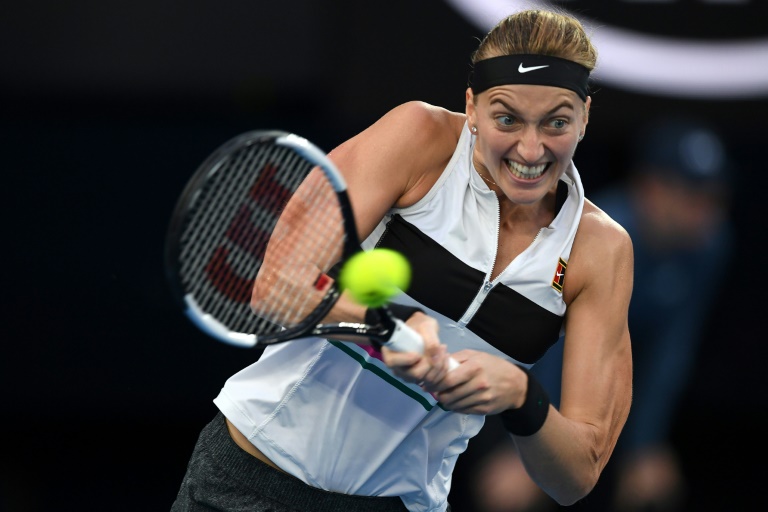 Two-time Wimbledon champion Petra Kvitova said she enjoyed her first outdoor training on Tuesday as the Czech government reopened sports grounds to ease its COVID-19 measures, but she complained practicing with no goal felt 'weird'.

Kvitova's native Czech Republic, which reported 4,828 COVID-19 cases including 80 deaths on early on Tuesday, closed borders, pubs, most shops as well as sports facilities in March to combat the coronavirus pandemic.

On Monday, the government said it would ease measures related to sports, recreation and leisure time ahead of this weekend's Easter holiday.

"Frankly, it feels very weird, motivation is at zero right now, and I don't know what to aim my training at," Kvitova said in a recording provided by her Sparta Prague club.

"So I'm rather trying to keep my body in shape," the 30-year-old current world number 12 added.

Kvitova spent the month of confinement doing exercises at home and running as well as reading and cleaning.

"This was my first opportunity to play outside," she said after training on a concrete court with her coach Jiri Vanek.

"I don't expect to play on clay right now, we've heard the French Open will be postponed and we'll see what it will come down to," Kvitova said.

"They have also cancelled Wimbledon so grass is definitely out of the question," added the 2011 and 2014 All England Club champion.

"We'll see what the last months of the year will look like, whether we'll get back or not."

The former world number two had an involuntary break from her career following an attack in December 2016 by a knife-wielding burglar who had cut her playing left hand when trying to break into her home.

The man was sentenced to 11 years in prison in January this year and Kvitova returned to the sport in 2017 despite grim forecasts by doctors, who even warned she might lose her fingers.

Kvitova relished returning to the court.

"It's very negative, but I always try to look on the bright side of life," she said.

"Like other tennis players, I spend a lot of time abroad so right now I'm enjoying being home."

"And it's nice to train outside, we are boosting our immunity to fight not only these viruses, but everything else, and it's also great for our minds."
Source: AFP