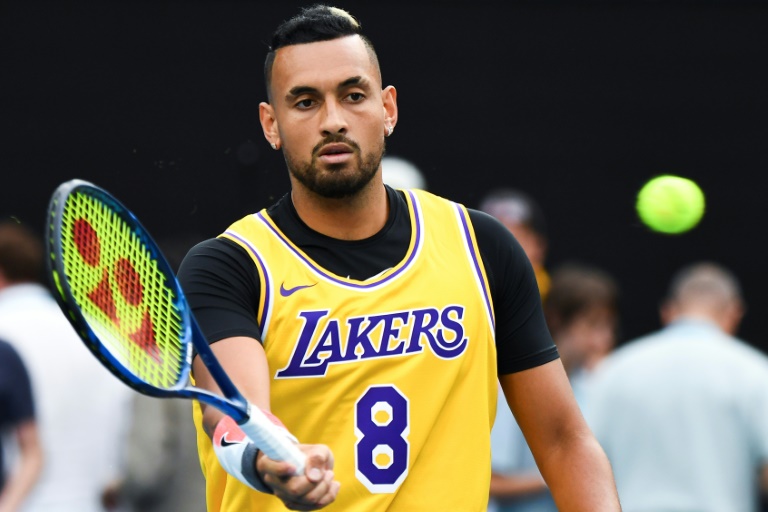 Kyrgios not setting himself up for success, warns tennis great

Wilander said the Australian needs to get used to playing at Rod Laver Arena, rather than sticking to his favoured Melbourne Arena, a smaller but rowdier venue.

Kyrgios played his first three matches at Melbourne Arena but then lost to world number one Rafael Nadal at Rod Laver Arena late Monday, going down in four sets.

"Something that goes along with being a great player is setting yourself up for failure or success," Wilander told AFP.

"So if you set yourself up for playing those matches on Melbourne Arena because that's where you think you have the best chance to win, you're clearly not thinking about winning the tournament, nor is the tournament organisation."

Kyrgios, with his booming serve and flamboyant nature, is one of tennis's greatest talents but in seven trips to Melbourne Park, his best result is reaching the quarter-finals in 2015.

It's a pattern repeated elsewhere as the 24-year-old, so often hampered by his volatile temper, has only reached one other Grand Slam quarter-final, at Wimbledon in 2015.

Kyrgios, who was handed a 16-week suspended ban in September, has cut a notably calmer figure in Melbourne but he always looked second-favourite against Nadal.

"Emotionally it's too draining to suddenly not have the crowd behind you and play for you only when you don't get applause for drop shots or tweeners or ace on second serve.

"You're not setting yourself up as one of the guys that believe they can win."

"I would love to see Nick Kyrgios turn it on and be one of the best players in the world. But there's a lot more that you have to do to be considered one of them," said the Swede.

He added: "I have no feeling for Nick Kyrgios until he wins a tennis match where not everybody is rooting for him, and it's 50-50, and it's one of the best players in the world, and he goes through the whole match, wins it and backs it up the next day.

"He is a great talent in terms of physical ability but unfortunately physical talent is not the only talent you need."
Source: AFP