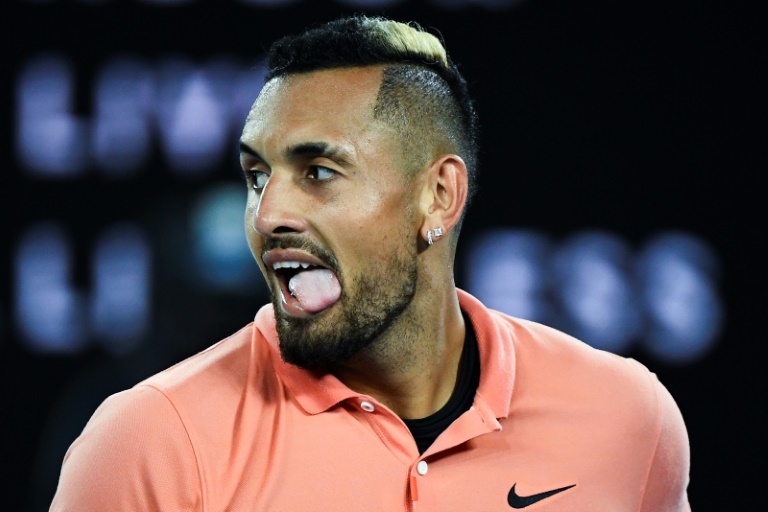 Nick Kyrgios told Andy Murray on Saturday the British tennis star was better than world number one Novak Djokovic, claiming the Serb "dodges" his serve while the Scot "is on it like a light".

By his own estimate Kyrgios had drunk six glasses of wine when he logged on from his Canberra home for an Instagram live chat with Murray that started after midnight for the Australian.

"My knowledge and interest in red wine has gone incredibly up during this quarantine," said Kyrgios, well known for his withering comments about leading tennis players, even though the undeniably talented world number 40 has never gone beyond the quarter-finals of a major championship.

Murray, however, appears to be one of his few rivals Kyrgios respects, with the Scot having defeated Djokovic in both the 2012 US Open and 2013 Wimbledon finals.

Djokovic, however, leads their head-to-head record 25-11 and has won 17 Grand Slam singles titles to Murray's three.

That didn't stop Kyrgios telling Murray: "I think you should have one of the best careers ever. I think you are better than Djokovic.

"Djokovic was playing dodgeball on my serve and you were slapping it for a winner. He was trying to dodge it, you were on it like a light."

Murray responded by saying: "The results would suggest otherwise."

Kyrgios has endured a rocky relationship with Djokovic, once describing the Serb's post-match 'cup of love' celebrations as "cringeworthy".

Djokovic, claimed the Australian, had a "sick obsession with wanting to be liked".

In one of the less bizarre parts of their Saturday conversation Kyrgios asked Murray, who has long been sidelined with hip, and more recently, thigh injuries when he might be back on court following the coronavirus outbreak.

Murray, who celebrated his 33rd birthday on Friday, said: "I feel pretty good I was doing well before the injury at the Davis Cup. I think when things get back to normal I think I will be alright."

Kyrgios suggested the pair should play doubles together, prompting a wry Murray to reply: "Only if you promise to behave, you said you were going to."
Source: AFP