Fed Cup finals in Budapest postponed due to coronavirus 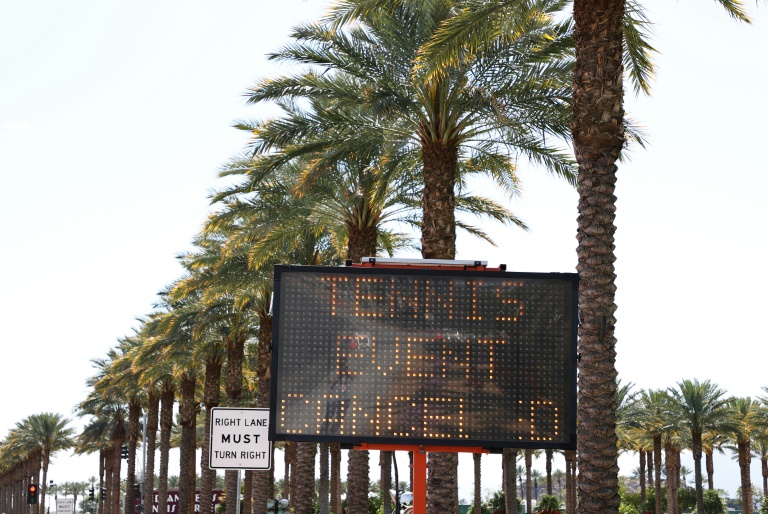 Miami Open to go ahead after Indian Wells axed: statement

Organisers of the Miami Open said Monday the tournament was still set to go ahead, a day after the ATP/WTA Indian Wells event in California was cancelled due to coronavirus.

A brief statement released by the Miami Open organisers on Twitter said preparations for the March 23-April 5 event were "moving forward as scheduled."

"Safety remains a top priority, and we are monitoring the COVID-19 situation closely with local, state and federal officials and health organisations in the lead up to the tournament," the statement said.

"In addition we are working with the ATP and WTA tours on recommended best practices and following CDC (Centers for Disease Control) guidelines closely to provide a safe environment for fans, players and staff," it added.

The statement came less than 24 hours after organisers of this week's ATP/WTA Indian Wells event said the tournament was being cancelled -- just days before it was due to begin.

Indian Wells is the most high-profile sporting event to be cancelled in North America because of the coronavirus.

Officials said they opted to call off the event -- regarded as one of the biggest tournaments in tennis outside of the four Grand Slams -- after California authorities declared a public health emergency in the region east of Los Angeles where the tournament is staged.

That declaration followed confirmation of a COVID-19 case in the region.

Last week, Indian Wells organisers said they planned to go ahead with the tournament but had put in place a range of health measures such as hand-sanitising stations, beefed-up cleaning protocols and gloves for ball kids, volunteers and food workers.

Florida health authorities on Friday confirmed Friday two deaths from COVID-19, the first US fatalities outside the west coast states of Washington and California.

"We continue to monitor the situation daily, working closely with our player and tournament members with the understanding that direction must be taken from local public health authorities," Gaudenzi said.

"We are committed to exploring all options for the operation of upcoming tournaments as the health and safety of our players and all other stakeholders remain our top priority."
Source: AFP