US Open to host wheelchair event after player backlash 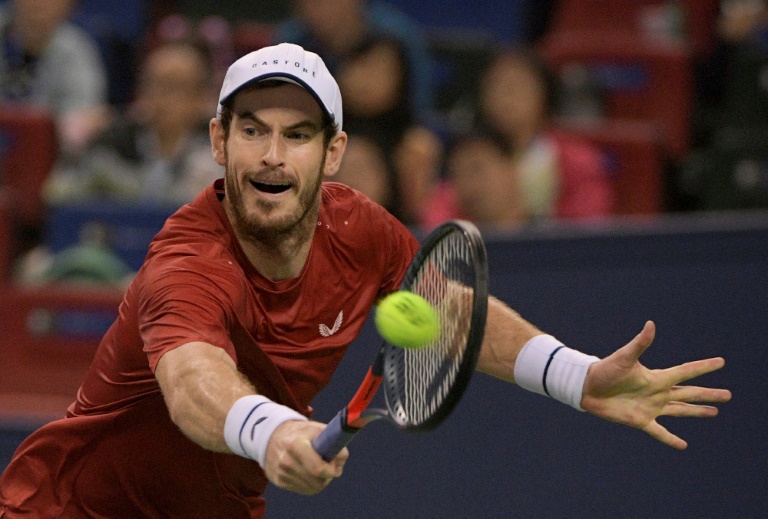 Andy Murray insists he can still play at a "high level" after stepping up his return to fitness in a defeat against Kyle Edmund at the 'Battle of the Brits' event on Wednesday.

The two-time Wimbledon champion showed impressive movement and all of his usual tenacity to take the first set, but Edmund hit back to win 6-7, 7-6, 10/5 behind closed doors in Roehampton.

"To be honest, I am not bothered about the results of the match, after a match like that I hope my hip is OK, and I pull up well from it," Murray said.

"I know if my hip is good, my tennis will only improve and get better over the next few months. If I can get consistent practice.

"That is my hope. The hip feels good. If I play like that and do a few things better, sharpen up a couple of things, I will play high level tennis.

"My groin is a little bit sore today, I felt it in practice and at the beginning of my match, but as the match went on, it felt alright."

The often-injured Murray plays James Ward in his final group game, needing to win to make it through to the semi-finals.

But the Scot is already looking at the much longer term as he plots a schedule that will see him arrive at the US Open in the best shape.

The three-time Grand Slam champion is likely to return to the ATP Tour at Washington in August.

"I am trying to avoid playing back-to-back events, my priority is to be fit for the grand slams," Murray said.

"After what I have gone through in the last few years, and not being able to compete at any of the majors, I want to have a few more cracks at them. Get to compete at them. Even if it is for one last time.

"So there would be more chance (of playing) in Washington than Cincinnati - or New York (where the Cincinnati eventy has been moved)."
Source: AFP