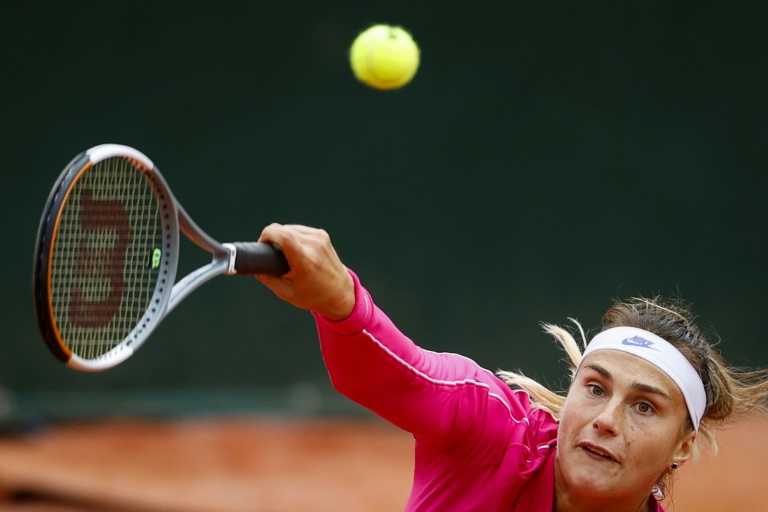 The powerful Belarusian lost the first ten games to a fast, focused Sorribes Tormo and came within a point of losing another.

But she miraculously recovered as she suddenly started to find the court with her groundstrokes and went on to take the next 12 games for a 0-6, 6-4, 6-0 win.

The day before, the world number 12 had already come back from 5-2 down in the third set against American teenager Coco Gauff.

"I just wanted to win at least one game," said a laughing Sabalenka.

"Everything went like I wasn't on the court. I was out of the game and I didn't know why."

"Then I cooled down a bit, took one step back and tried to put a little bit more balls back and go through her backhand."

"After I won three games in a row I knew this was a good sign and if I keep going the same way, I'll find my game. And that's what happened."

The former world number one won 6-4, 6-1 just over a month after trashing Mertens 6-1, 6-0 at the US Open where she reached the final.

The 21st-ranked Belgian broke Azarenka's first serve and went 4-2 up, but the 31-year-old world number 14 quickly quashed her hopes of a revenge.

Azarenka managed two breaks to win the first set 6-4 before sweeping Mertens 6-1 in the second, the result looking more clear-cut than the actual picture of the match.

"She played some really great points, I didn't feel like I was doing much wrong, she was just hitting a lot of winners."

"In there I tried to apply more pressure, to be aggressive, to take the opportunities when I can. And I served really well today," she added.

In the Ostrava semi-finals, Azarenka will face Maria Sakkari of Greece who beat Ons Jabeur from Tunisia 3-6, 6-3, 6-1.
Source: AFP