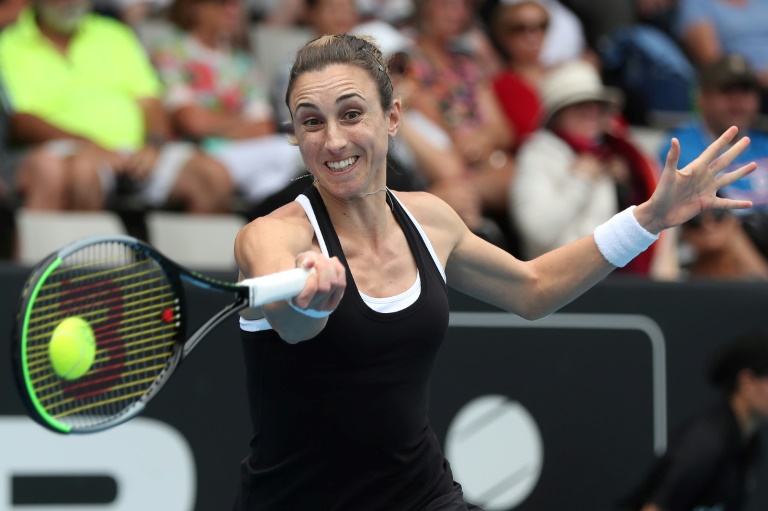 Second-seed Petra Martic became the first big-name casualty at the WTA Auckland Classic when she was bundled out by France's Alize Cornet in a three-set marathon on Wednesday.

Eighth seed Caroline Garcia also lost her second-round match while third seed Amanda Anisimova cruised through to the quarter-finals on a limited day three of the tournament.

Martic, the world number 15, lived up to her senior status in the first set against Cornet but could not maintain the momentum as her opponent fought back to win 3-6, 6-4, 6-4, sealing the outcome with three aces back-to-back in the final game.

"What a match," said Cornet, who is ranked 57th, as she left the court.

Cornet switched coaches to Martic's former mentor Sandra Zanieswka during the off-season and said she initially had trouble adjusting to her new pre-match instruction to be aggressive.

"It was going out of my comfort zone and in the first set I didn't manage to do it, but finally I found my rhythm and was playing much better. Thank God my serve helped me," she said with her only three aces coming when she was down 15-30 in the final game.

Cornet, who also rallied from a set down to win her first-round match against Ysaline Bonaventure, will meet Jessica Pegula in the quarter-finals after the American had a comfortable 6-2, 6-2 second-round win over Tamara Zidansek.

The 18-year-old Anisimova needed only 73 minutes to put away former top-10 player Daria Kasatkina in the featured singles match in the night session.

Anisimova made 32 unforced errors, twice as many as the Russian, but was still far too strong with her all-round play.

She will play Eugenie Bouchard in the quarter-finals after the Canadian upset Garcia 6-4, 6-4.

Both are former top-five stars looking to get their way back into the top echelon with Bouchard, the 2014 Wimbledon finalist, now as low as 262 in the World while Garcia is ranked 46th.

Bouchard lost in the first round at 12 consecutive tournaments last year, but said she is feeling more confident now having put extra emphasis on her fitness.

"I worked really hard over the off season, so I want to run down every ball and fight to the last ball, because you never know what can happen," she said.

"It's served me well and it's definitely won me some points."
Source: AFP