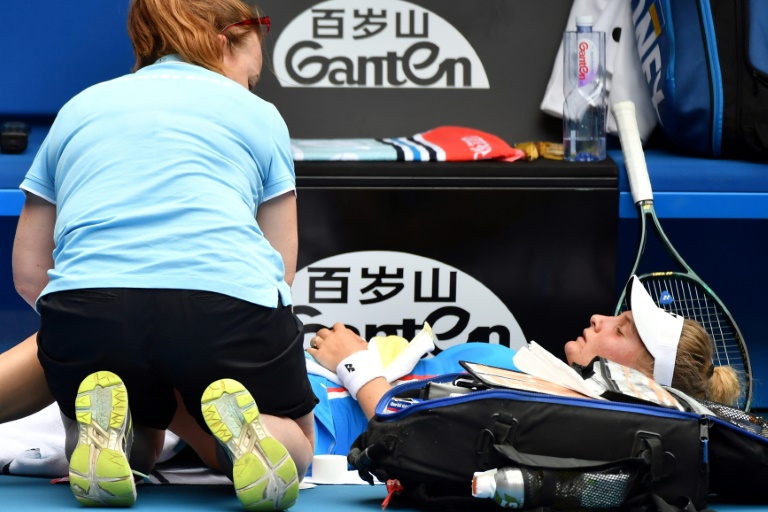 'Shut up' - Yastremska coach hits back in Wozniacki feud

Dayana Yastremska's coach Sascha Bajin blasted her critics Thursday, saying he wanted to "shut some people up" after former world number one Caroline Wozniacki accused the Ukrainian of faking an injury.

The 19-year-old was one game away from defeat against the former world number one at the Australian Open on Wednesday when she called for a medical timeout, and a trainer came on court to strap her left thigh.

She managed to save a handful of match points on resumption before the Dane wrapped up a tough 7-5, 7-5 victory.

Asked about the timeout in her post-match press conference, Wozniacki replied: "Obviously she tried to break my rhythm. And at 5-4 I don't think there is anything wrong. She was running just fine.

"So that's a trick that she's done before, and I knew that it was coming," she added.

"Just to shut some people up and end this useless convo," he wrote on Twitter.

"Dayana was really struggling since days with her leg, but since y'all are all doctors and coaches you know better then she herself or our whole team who's working with her. #focusOnYourself "

"Mate, I'm a big fan... but really? Come on you need to clean that out of her game," said one person replying to Bajin, in sentiments echoed by others.

Wozniacki, in her final tournament before retiring, plays Tunisia's Ons Jabeur in the third round on Friday.
Source: AFP

What now for tennis in 2020?
2 comments
Latest news

03/04 What now for tennis in 2020?
21
02/04 Wimbledon chief fears 'no more tennis this year'
2
02/04 Prudent Wimbledon should withstand cost of cancellation
3
01/04 Who's saying what as Wimbledon suffers first peacetime cancellation
1