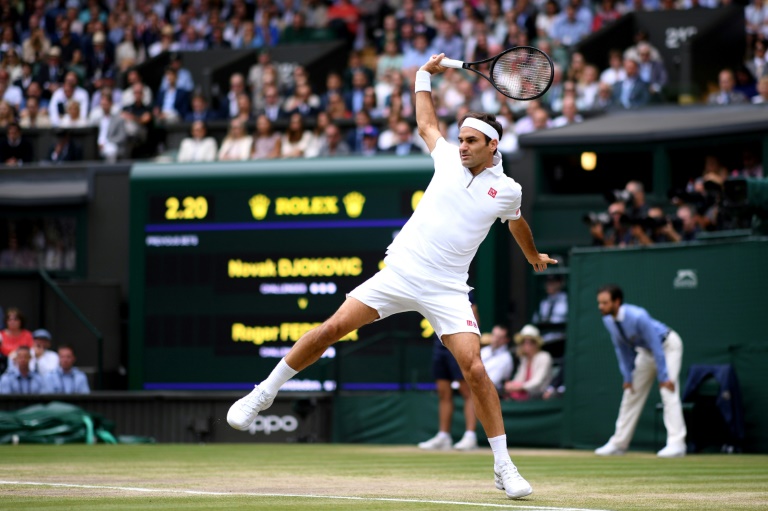 Wimbledon organisers are still planning to play the Grand Slam this year, despite the coronavirus chaos that led the French Open to be pushed back until September.

Wimbledon is scheduled to run from June 29 to July 12, but All England Club chiefs are aware the sporting schedule has been decimated by the deadly pandemic.

French Open bosses on Tuesday revealed the clay-court event will move from its scheduled spring slot to September.

The year's second Grand Slam was due to begin on May 24, but will now run from September 20 to October 4.

A roof has been installed over Roland Garros' centre court, Philippe Chatrier, with floodlights on the three other main courts, enabling play to go on later.

Wimbledon remain hopeful that play at the grass-court tournament will be able to go ahead if the spread of the virus is slowed.

But Richard Lewis, chief executive of the All England Lawn Tennis and Croquet Club, insisted they would put public safety first.

"At the heart of our decision-making is our commitment to the health and safety of our members, staff, and the public, and we are grateful to the government and public health authorities for their advice and support," Lewis said.

"While we continue to plan for The Championships at this time, it remains a continuously evolving situation and we will act responsibly, in the best interests of wider society.

"We thank all of our members, staff, players, partners, contractors and the public for their patience and trust as we continue to navigate this unprecedented global challenge."
Source: AFP