Slovenian Dalila Jakupovic suffers breathing difficultiesMatch at Kooyong involving Maria Sharapova abandonedThe safety of players at this year’s Australian Open has been brought into sharp focus after a day of poor air quality in Melbourne forced the abandonment of former world No 1 Maria Sharapova’s match in a warm-up event at Kooyong. Another player, Dalila Jakupović, collapsed on court at Melbourne Park in jarring scenes at the venue for the year’s first grand slam.Australian Open hopeful Jakupović was forced to retire from her qualifying match midway through when she suffered a coughing fit. The match had been given the green light to go ahead by tournament organisers after the day’s play had initially been delayed for an hour due to the blanket of bushfire smoke enveloping Melbourne on Tuesday. Related: Roger Federer responds to climate crisis criticism from Greta Thunberg Why do we need to wait for something bad to happen to do an action ‍♀️ #Melbourne pic.twitter.com/bYpXyQAfKe Related: Four decades, 73 singles titles: Serena Williams’s epic journey | Tumaini Carayol Continue reading... 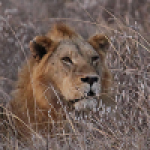 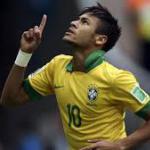