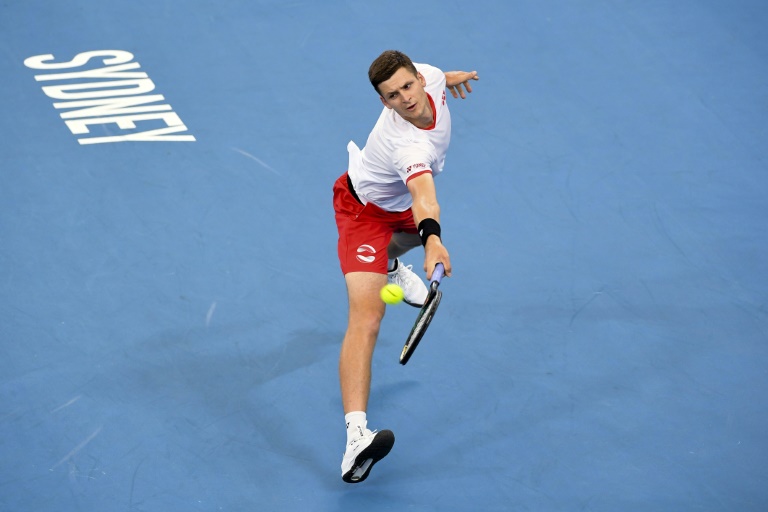 After Poland beat Austria 2-1 in the earlier Group E tie, it boiled down to a winner-takes-all clash between the two nations in Sydney for a spot in the last eight of the inaugural team event.

Left-hander Pella got his country off to a strong start with a 7-6 (7/1), 6-3 win over former world number three Marin Cilic.

It left world number 13 Schwartzman the task of needing to beat Borna Coric, ranked 28, to secure the tie, top the group and earn a prized slot in the last eight against Russia.

He did it in style, racing through the first set 6-2 as his team cheered him on from the sidelines before driving the final nail in Croatia's coffin by winning the second set by the same score.

"A day ago we were out and now we are in the quarters, so we are really happy. Guido played an amazing match today and I think we deserve to be in the quarter-finals, " said Schwartzman.

"(Kacper) Zuk, from Poland, we need to say thanks to him, and thanks to Hubert (Hurkacz) for giving us the chance be in the quarters," he added, referring to the Polish singles players whose victories in the other group tie prevented Austria winning the group.

The victory ended any hope that the Thomas Muster-captained Austria had of winning the group, with Poland also out of contention after losing their opening two ties.

Hurkacz, who came into the match on the back of beating Schwartzman and Coric, said he was playing some of his best-ever tennis.

"I played really well today. I mean Dominic is a great player, the way he played the first set was unbelievable. He brought out the best in me," he said.

"I tried to work really hard in the off-season with my coach and my fitness coach and I think that is paying off."

His young teammate Zuk also had a good day, becoming the lowest-ranked singles player to win a match at the ATP Cup, with the world number 448 rallying past Dennis Novak 5-7, 7-6 (7/3), 6-3.

"That's my first (win) against that high-ranked an ATP player (Novak). So for me, it means a lot," he said.

The ATP Cup proved a mixed bag for Thiem, who lost to Coric then bounced back to down Schwartzman before an inauspicious end with defeat to Hurkacz.
Source: AFP