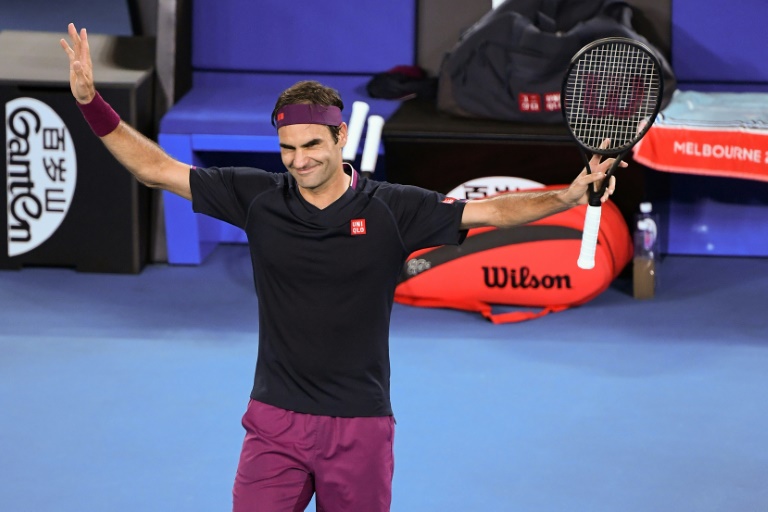 Roger Federer has never lost in the first round at the Australian Open since his debut 20 years ago, and the Swiss great kept his incredible record intact Monday, attributing "old school work ethic" for his Melbourne Park success.

The 38-year-old swatted aside Steve Johnson 6-3, 6-2, 6-2 to race into the second round, kickstarting his bid for a 21st Grand Slam title in immaculate style.

Federer said ahead of the tournament that he had low expectations at the year's opening Grand Slam after missing the warm-up ATP Cup to spend more time with his family.

It left him short of match practice, but it didn't show on Rod Laver Arena against the American.

"I think for me really the first three rounds are key to get going, to get used to the pressure, stay calm, when to save breakpoint or 30-all points or whatever it may be," he said.

"This is sort of the unknown that can be a little bit scary at times.

"But today there was none of that because I broke early each set and was able to get on a roll, play freely after that."

The crowd favourite knew he needed to get out of the blocks fast against the world number 75 and that's what he did, racing to a 4-1 lead in the opening set before a 10-minute interruption for the roof to be shut due to rain.

Federer returned and wrapped up the set in just 27 minutes.

Johnson, known for his big forehand and slice backhand, again gave away service breaks early in the next two sets and there was no way back against a man who delivered some jaw-dropping returns and forehands.

He will next play either French qualifier Quentin Halys or Serbian Filip Krajinovic, admitting "I have to be careful".

"Round-by-round, point-for-point mentality. I know other guys that are playing extremely well right now so I think it's just important to stay very calm about things."

- 'Learning from mistakes is key' -

Seeded three, Federer is gunning for not only a 21st Slam title but his seventh in Australia, having most recently tasted success at Melbourne Park in 2018.

His earliest exit in Australia since 2000 has been the third round, and the Swiss star said hard work was key to his longevity.

"At the end of the day, old-school work ethic, there is nothing wrong with that," he said.

"And learning from your mistakes is key, as we remember our losses more than our wins. It's just important that when you do lose, you know, you really make the most of it, because it's actually an opportunity."

But he failed to add another Grand Slam with his closest call coming in the Wimbledon final, where he lost a five-set epic to Novak Djokovic.

In contrast to his 2019 Major drought, Djokovic and Rafael Nadal won two apiece, with the Spaniard moving within one Slam title of Federer's record 20.
Source: AFP

Isner: No 2020 Wimbledon would be 'tough pill to swallow'
2 comments
Wimbledon set to be cancelled for first time since WWII
2 comments
Mauresmo fears 2020 tennis season is over
2 comments
Latest news