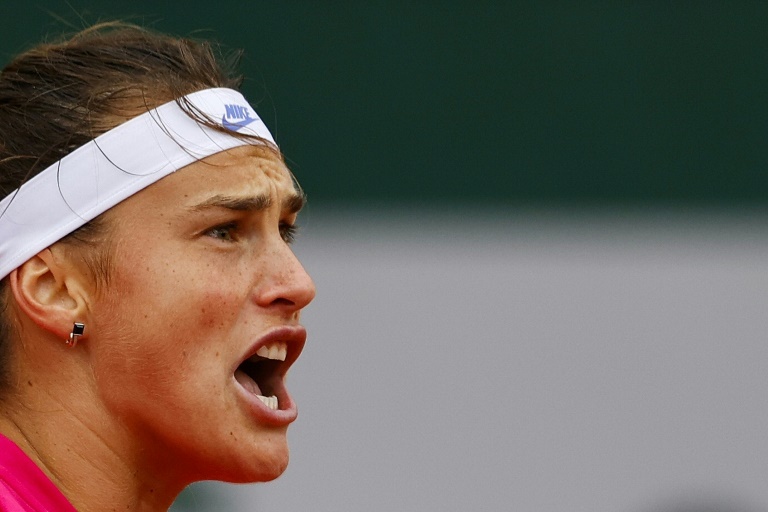 Aryna Sabalenka came back from 2-5 down in the third set to defeat American teenager Coco Gauff and reach the Ostrava WTA quarter-finals on Thursday.

The third-seeded Belarusian got off to a slow start against the patient Gauff who had few problems taking the first set.

Sabalenka won the second 7-5 after breaking Gauff's serve for the first time, but then she started piling up the errors again to see the 16-year-old go 5-2 up in the decider.

A racquet-smashing interlude helped her regain her composure.

Sabalenka drew level against the suddenly nervous Gauff and then dominated the third-set tiebreak in style, ending the match with an ace.

"After 5-2 in the third set I didn't care at all about the result," said Sabalenka, who had lost another three-set thriller to Gauff at Lexington in August.

"She's a great player, she's moving really well and it was really tough for me," added Sabalenka, who will face Spanish qualifier Sara Sorribes Tormo in the quarter-finals.

Gauff regretted her lack of patience in the decisive phase of the match but said she was proud of her performance.

"I think I need to play a little bit smarter on pressure points," said Gauff.

"Sometimes when I get to the end I try to rush out at the point when instead I should just put the ball in the court and make my opponent play."

Later on Thursday, the tournament's second seed Karolina Pliskova crashed out at the hands of Russian qualifier Veronika Kudermetova in three sets.