'Unnecessary', Thiem fires back at Kyrgios in Adria Tour spat 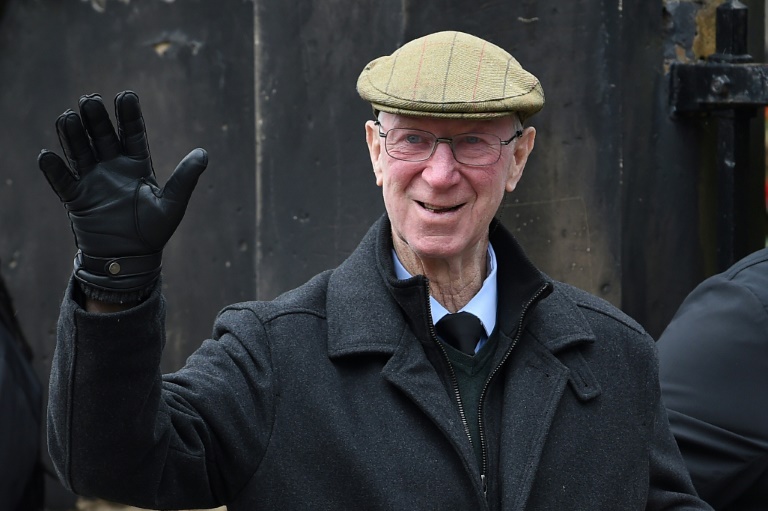 The sporting weekend: Who said what

"Jack was the type of player and person that you need in a team to win a World Cup. He was a great and lovable character and he will be greatly missed. The world of football and the world beyond football has lost one of the greats. RIP old friend."

"When he is in that space, he is just unbeatable. I've never seen anything like this in top-class motor racing. It's like seeing a unicorn."

-- Mercedes team boss Toto Wolff on Lewis Hamilton after the world champion cruised to his 85th career win at the Styrian Grand Prix.

"There are no player parties here."

-- Edwin Weindorfer, the organiser of the 'Bett1Aces' exhibition tournament in Berlin, taking a pot-shot at Alexander Zverev and Novak Djokovic for taking part in the ill-fated Adria Tour which led to a series of positive coronavirus tests.

"It was so difficult for all of us with this weather and some of the time you can't see where you are going, but I loved it – though I did have a big aquaplane and had my heart in my mouth."

-- Hamilton on taking pole for the Styrian Grand Prix at a rain-swept Red Bull Ring.

"What are we meant to do, cut our arms off? You can at most put your arms in front of your body."

-- Atalanta coach Gian Piero Gasperini after his team gave away two penalties through hand balls in the 2-2 Serie A draw at Juventus.

"We don't want the players to go all that far and sit in hotel rooms for two weeks. It is very, very depressing and disappointing."

-- India cricket chief Sourav Ganguly confirming the tour to Australia in December but calling for a shorter quaratine period on arrival.

"I am disappointed in myself. I'm sorry but being sorry is not enough."

-- Ferrari driver Charles Leclerc after colliding with teammate Sebastian Vettel in the Styrian Grand Prix, a rash move which put both men out of the race.

"I commend anyone that decides to put something on the back of their jersey. It is just something that didn't seriously resonate with my mission, with my goal."

-- NBA superstar LeBron James on opting out of wearing a social justice message on the back of his jersey.

"It is very sad on the day of a game that a player wakes up to this cowardly and despicable abuse."

-- Crystal Palace manager Roy Hodgson on the online racist abuse suffered by one of his star players, Wilfried Zaha. Police later said they had arrested a 12-year-old boy in connection with the incident.

"We don't give a damn about PSG, this match is first and foremost a way to get back together with our mates!"

-- Johan Vattier, president of Le Havre's biggest supporters group, on the friendly with PSG which they lost 9-0. The game saw 5,000 fans attend, a first for the big leagues of Europe after the coronavirus lockdown.
Source: AFP