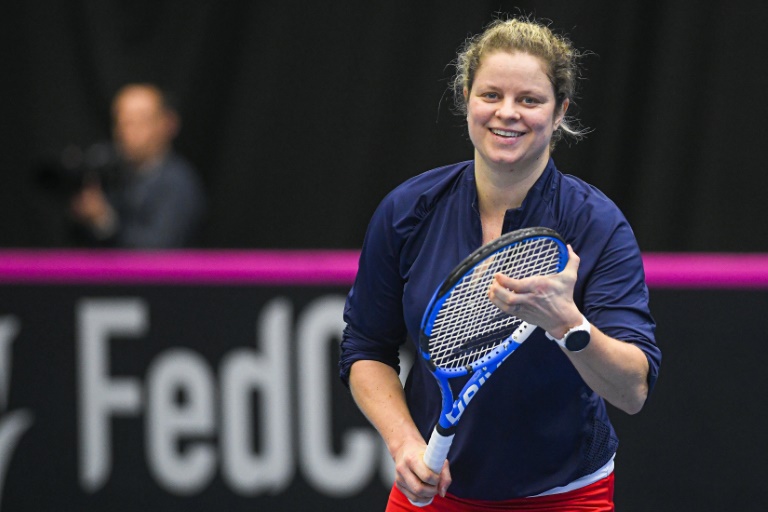 Kim Clijsters, 36, who is starting her second comeback to professional tennis in Dubai next week, will not have an easy return, as she was handed a first-round tie against world number eight Kiki Bertens in Saturday's draw.

Clijsters, a Belgian mother-of-three, joked in Dubai that she was not receiving the full support of her family.

Bertens, 28, said earlier this year in a column for the BBC that "although I never really enjoyed watching tennis when I was young, Kim Clijsters was my role model".

"I think it would be nice if I could play against her one day. I don't know how I'd feel if that happened, but of course I'd want to beat her," the Dutch player continued.

Clijsters, a four-time Grand Slam singles champion, has not competed on Tour since the 2012 US Open.

She retired for the first time in May 2007 and returned in August 2009 after the birth of her first child Jada. She went on to reclaim the number one ranking and win three more majors. Since retiring for a second time she has had sons, Jack and Blake.

She had initially scheduled her comeback for January to compete in the Australian Open, the first Grand Slam of the season, which she won in 2011.

But a knee injury forced her to change plans. She said that her first tournament would be in Monterrey, Mexico in March before bringing the date forward to the hard-court tournament in Dubai.

"There have been a few bumps but looking forward to returning to the match court," she tweeted.

She told Belgian media this week that "things were going well in training" but added "I need matches the most".

The tennis world in general has welcomed Clijsters' return, even though in Belgium, some people are questioning her ability to return to the top level.

"After so many years, it's the explosiveness that's the hardest to catch up with," said compatriot Justine Henin, who won seven Grand Slam titles.
Source: AFP