Nadal insists Federer Slam record not on his mind 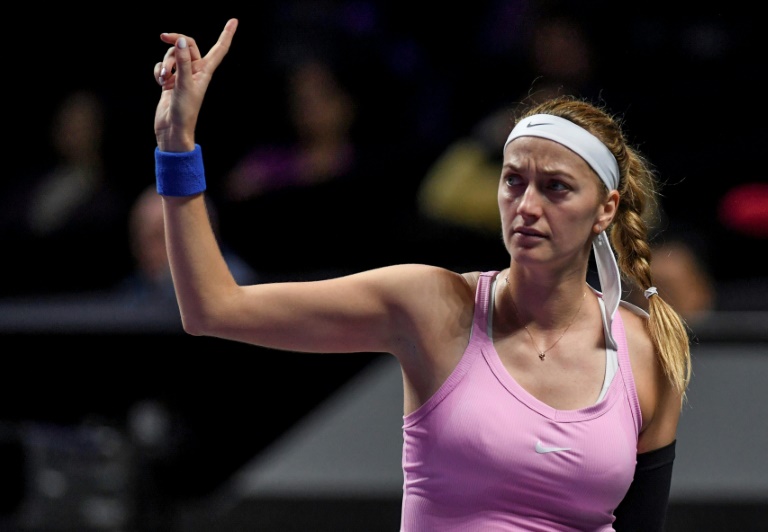 A Czech court said Wednesday it had raised the prison term for the man who had attacked two-time Wimbledon champion Petra Kvitova with a knife at her Czech home to 11 years from a previous eight.

"We have changed the crime classification from serious battery to a serious case of burglary with a longer prison term," Stanislav Cik, spokesman for the High Court in the eastern city of Olomouc, told AFP.

"The ruling is legitimate," he added.

The attacker and the prosecution had appealed against the original sentence.

The 29-year-old world number seven Kvitova suffered career-threatening injuries to her playing left hand as she fought off the intruder at her home in the eastern Czech town of Prostejov in December 2016.

Police said the attacker, identified as 34-year-old Radim Zondra, did not know whose flat he was entering after pretending to be a technician checking boilers.

After suffering the cuts, Kvitova offered him money to leave the flat, which he accepted.

Last March Zondra was sentenced to eight years in prison by a regional court while serving a prison term for another crime.

Kvitova, who has identified the attacker, is currently playing at Brisbane International tournament in the run-up to the Australian Open where she reached the finals last year.

Despite grim forecasts by doctors, who even warned she might lose her fingers, the 2011 and 2014 Wimbledon champion has recovered and continued her successful career.
Source: AFP