Wawrinka crashes out of Rome to Italian teenager 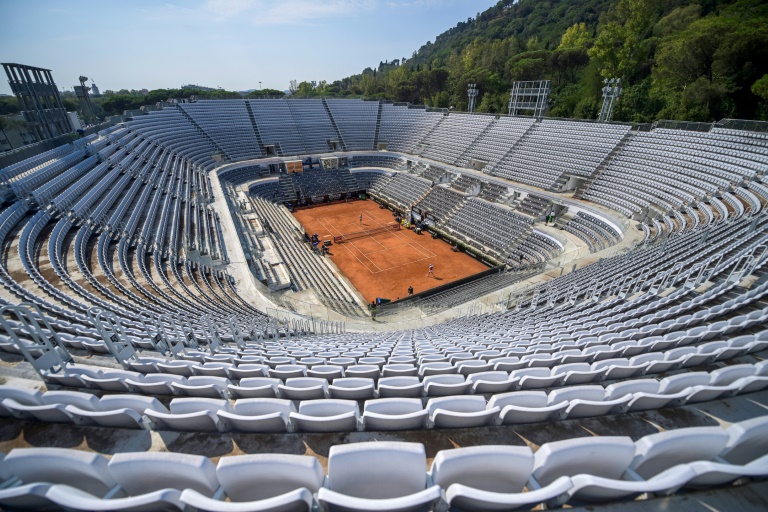 Former world number one Angelique Kerber fell to a straight sets defeat to Czech Katerina Siniakova in the Italian Open on Tuesday as Russian seventh seed Andrey Rublev eased through to the second round of the men's tournament.

Three-time Grand Slam winner Kerber, seeded 15th in the Rome clay-court tournament being played behind closed doors at the Foro Italico, crashed out 6-3, 6-1 in 68 minutes.

Siniakova, ranked 61, achieved her first win over the 32-year-old German in four meetings and next plays either Daria Kasatkina or Vera Zvonareva, with the two Russians playing later.

Top women's seed Simona Halep opens against Italian wildcard Jasmine Paolini, with the Romanian warming up in the doubles on Tuesday, having skipped the US tournaments.

The switch from hard court at the US Open to clay proved tricky for Kerber, who reached the fourth round at Flushing Meadows.

The Rome tournament is a warm-up for the French Open on September 27, the only Grand Slam tournament which Kerber has not won.

She paid for 23 unforced errors, twice as many as her Czech rival, although she saved three match points to hold serve in the second set.

In the men's event, US Open quarter-finalist Rublev, eased past Argentine qualifier Facundo Bagnis 6-4, 6-4 and next meets Poland's Hubert Hurkacz.

Rublev hit 25 winners for his 20th match win of the season, winning two ATP Tour titles this year in Qatar and Adelaide before the season was suspended.