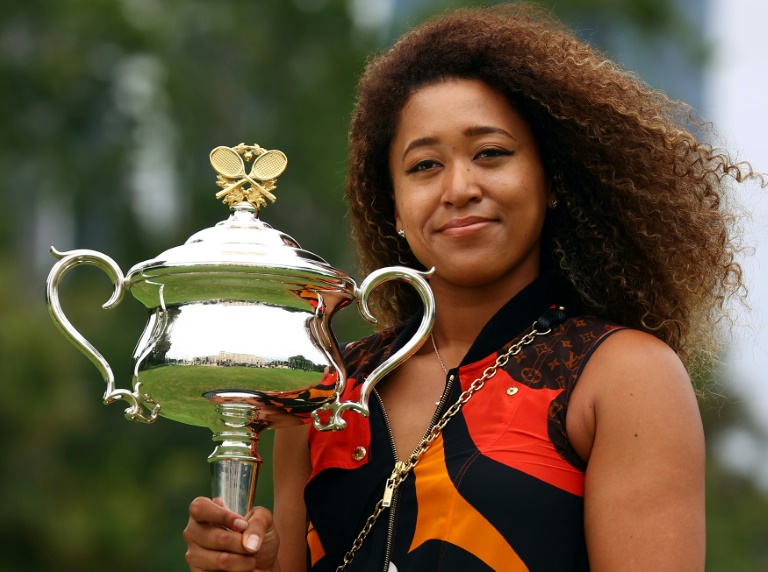 Australian Open champion Naomi Osaka said she felt comfortable being a role model for the next generation after her fourth Grand Slam victory solidified her position at the forefront of a new era for tennis.

But the Japanese star, a four-time major-winner at the age of just 23, insisted America's Serena Williams, 39 -- who has 23 Slam crowns -- remains the face of the women's game.

Osaka beat America's Jennifer Brady 6-4, 6-3 in the Australian Open final on Saturday to win her fourth Slam from the last eight in which she has played, and extend her year-plus winning streak to 21 matches.

She joins Monica Seles and Roger Federer in winning her first four major finals, and will move up to second in the world rankings.

Her sweeping triumph was viewed as heralding a shift in women's tennis with Australia's Fed Cup captain Alicia Molik declaring it a "changing of the guard", while the New Yorker said Osaka was the "most thrilling athlete of her generation".

Osaka brushed aside Williams in the semis, after also beating her in the stormy 2018 US Open final to win her first major.

But when asked if she was now taking over from Williams as the game's leading light, Osaka replied: "No, not at all," adding that she simply wanted to remain true to herself.

"I have learned on-and-off the court it's okay to not be sure about yourself," she said.

"I'm more at peace with where I am, and I'm honestly just happy to be playing a Grand Slam in a pandemic."

After winning her second Australian Open title, Osaka spent a lengthy time signing autographs for fans in a gesture that received widespread applause on social media.

Having once grappled with fame as a shy youngster, a content Osaka said she was still "growing as a person" but hoped to provide inspiration to young players.

"In the past I felt it as a very strong responsibility, and I was also very scared and nervous of it," she said.

"It's a really big honour that there are little kids that like me, that come to my matches and cheer for me.

"But at the same time, I don't weigh it too heavily on myself."

A more mature Osaka, who says she gained greater perspective during tennis's coronavirus shutdown, said she now appreciated the difficulty of winning a Grand Slam.

"I feel like I know how much hard work you have to put into this, because the first time that I have won both these trophies I think, in a way, I was just a kid," she said, referring to her wins at the 2018 US Open and 2019 Australian Open.

"I didn't really know what I was doing."

Her win prompted celebrations in Japan, where she will play the Tokyo Olympics this year, while Japanese astronaut Soichi Noguchi tweeted his congratulations from the International Space Station.

"There are many Japanese fans who are very excited now that Naomi has won the Australian Open," Japan's 58th-ranked Yoshihito Nishioka told AFP ahead of next week's ATP Singapore Open.

"I'm sure they will be following the progress of Japanese players in more tennis tournaments around the world."

But Osaka said her biggest goal wasn't Grand Slam titles, an Olympic medal or returning to world number one.

"I feel like the biggest thing that I want to achieve is... hopefully I play long enough to play a girl that said that I was once her favourite player," she said.

"For me, I think that's the coolest thing that could ever happen to me... Unfortunately I didn't get to play Li Na, but, I just think that that's how the sport moves forward."
Source: AFP 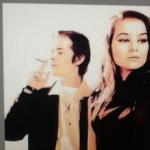 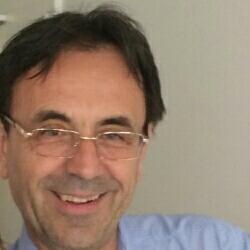