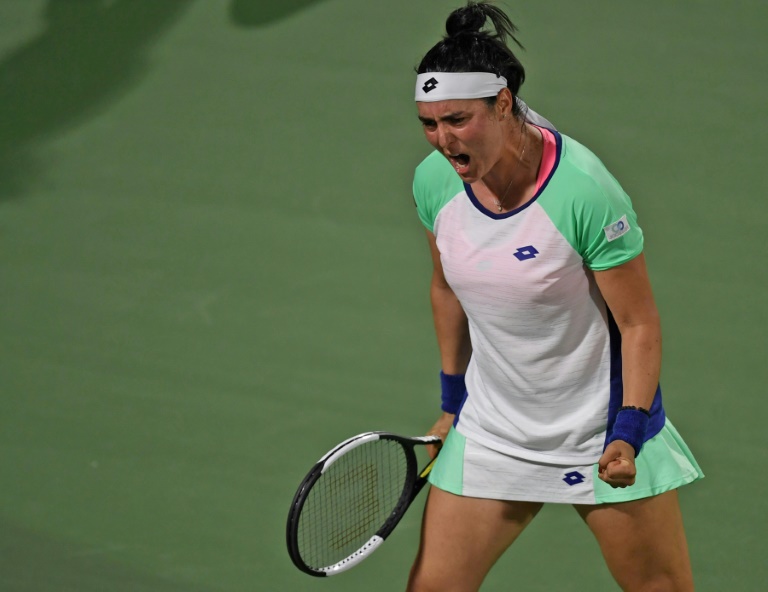 Tunisian Ons Jabeur dumped world number three Karolina Pliskova out of the WTA event in Doha on Wednesday to reach the quarter-finals, while top-ranked Ashleigh Barty received a walkover.

Australian Open quarter-finalist Jabeur came through a tight match against Pliskova, winning 6-4, 3-6, 6-3 to set up a last-eight tie against Petra Kvitova on Thursday.

Jabeur, who became the first Arab woman to reach a Grand Slam quarter-final in Melbourne, was broken when leading 4-2 in the deciding set, but hit back immediately before claiming her first win over a top-10 player since 2018.

The 25-year-old managed to see out the win despite appearing to struggle with a hamstring injury in the closing games.

"I had a sharp pain on my hamstring, right hamstring, when I was going for the forehand at 4-2 my serve," Jabeur told wtatennis.com.

"I didn't really want to call the physio, so people would not think that I'm doing it on purpose, and plus I didn't want to break the rhythm I was trying to maintain."

"I mean Petra is Petra. She plays unbelievable and she's a tough player," added Jabeur.

"Hopefully, my hamstring will be better. I'm going to do my best tonight to recover and honestly I think it's going to be a great match."

Czech left-hander Kvitova, 11th in the world rankings, has not lost to a player ranked outside the top 40 since last year's US Open, but said she struggled in windy conditions.

"There's no chance to have tactics in this wind," she said.

"The wind changes everything. I tried to stay there, to be patient, but sometimes it's a little difficult."

Barty had been expecting a tough last-16 encounter against in-form Kazakh Elena Rybakina, who has reached four WTA finals already this season.

But the world number 17 withdrew from the tournament through injury.

Swiss fourth seed Belinda Bencic cruised past Yulia Putintseva 6-4, 6-3 and will face Svetlana Kuznetsova in the quarters after the Russian veteran was also the beneficiary of a walkover as American teenager Amanda Anisimova pulled out of the event.